By: The News Chronicle 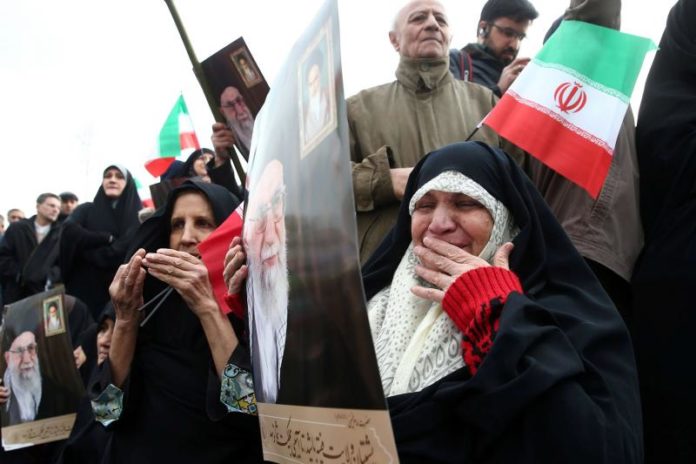 The Islamic Republic of Iran has been facing real national security challenges, both externally from the US and other states, and internally, from armed militants, terrorism and the trade in narcotics.

The authorities have been applying national security laws to almost every aspect of Iranian cultural and social life.

According to the two groups, ‘’the conduct of the Islamic Revolutionary Guard Corps in pursuit of Iran’s national security has itself exacerbated pre-existing poor relations with minority communities in Kurdistan and Baluchistan, as well as with Arabs, Azerbaijani Turks and Turkmen, all located on Iran’s borders.’’

They are alleging that the national security imperative has driven the Iranian government to turn on many of its own people, ‘’committing grave and widespread human rights violations in the name of security and combating terrorism.

‘’Thousands of Iranians have suffered arbitrary imprisonment, torture, and/or execution, including members of ethnic and religious minorities and other vulnerable communities such as migrants. Dual nationals and their families have been targeted for harassment or arrest in order to apply pressure or employ leverage over foreign governments.

‘’Iranian nationals and residents of foreign origin have been subject to trafficking and/or forced recruitment to fight in Syria, among them some of the estimated three million Afghans living in Iran.

‘’The Iranian authorities continue to employ vaguely worded national security and anti-terrorism laws to conduct trials whose procedures do not meet minimum international due process standards.

‘’Mass demonstrations against the government have been met with excessive use of force, and large-scale arbitrary arrest and detention.’’

In the Name of Security: Human rights violations under Iran’s national security laws, the two rights groups give details how Iranian authorities have allegedly imprisoned, tortured and killed their own citizens in pursuit of a national security imperative that has dominated public life in Iran since the Islamic Revolution of 1979.

‘’Those targeted for the worst treatment include political dissidents, ethnic and religious minorities, dual nationals, and migrants’’, the report says.

While MRG is a leading international human rights organisation working to secure the rights of ethnic, religious and linguistic minorities and indigenous peoples, the Ceasefire Centre for Civilian Rights is an initiative to develop ‘civilian-led monitoring’ of violations of international humanitarian law or human rights, to pursue legal and political accountability for those responsible for such violations, and to develop the practice of civilian rights.

Author of the report, Drewery Dyke, says ‘’Iran’s securitised worldview sees all political challenge as an existential threat. This has led to unfettered, and illegal killings during recent state-wide protests over the dire economic situation and botched efforts to deal with COVID-19 effectively.’’

The report finds that the threat posed by COVID-19 was treated by the Iranian authorities not just as a public health challenge but also as a national security issue, with state media reporting that the virus could be a US-manufactured ‘’bioweapon’’.

The security services detained thousands of people for challenging the government’s narrative of its handling of the virus, including over social media.

The dominance of the national security narrative in Iran has led to the growth in power of the Islamic Revolutionary Guards Corps, which plays a decisive role in the intimidation and prosecution of those whom it considers a threat. Its anti-riot units, formed by the paramilitary Basij, are the country’s most potent weapons wielded in suppressing public protests and riots.

Its conduct has exacerbated poor relations with minority communities in the regions of Kurdistan and Balochistan, as well as with Arabs, Azerbaijani Turks and Turkmen, all located on Iran’s borders. Minority rights activism in Iran is often falsely and deliberately conflated with separatism and terrorism, the report concludes.

The report also reveals the Corps’ shocking role in trafficking and forcibly recruiting large numbers of Afghan and Pakistani migrants to fight on its behalf in the Syrian conflict.

While the IRGC promised recruits a good income and the possibility of acquiring Iranian citizenship, many Afghans and Pakistanis die in the fighting, never returning to avail of this citizenship.

According to Dyke, ‘’the Supreme Leader, government and new parliament must work to end this approach and to urgently restore dignity to Iran’s varying ethnolinguistic, religious and other communities that are suffering. The Islamic Republic does face real security threats, but for how long can it continue treating its own people as the enemy?’’